In workshops, our aim is to stimulate writers in the production of satisfyingly intense and meaningful stories, whether short or long. The environment is supportive and progress-orientated.

At Old Rectory Retreat, the efforts of participants are rewarded by delicious home-cooked food and reviving refreshments from our much-appreciated host, Róisín.

* Weekend & 5-Day courses will be dotted throughout the year, so if you are interested in fun, stimulating activity and meeting interesting people, get in touch for dates & info. All welcome!

Option 1 ~ Bring Your Book Club for the Weekend
Choose your weekend dates & come along with your own Book Club to Old Rectory Retreat (ORR) in Westport. Fin & Fiona will choose the book (title given to you a month before) and facilitate some of the discussion. For added adventure they will throw in some mini-writing exercises (participation is optional!) All this while enjoying the comfort and conviviality of ORR.

Option 2 ~ Meet New Book-Lovers Weekend
Come on a Friday (having read a book we’ve assigned) and take part in a weekend of reading and workshopping. Meet like-minded book lovers and enjoy lively discussion, laughter, eating, walking, sightseeing and general relaxation at ORR. Fin and Fiona will facilitate some of the discussion and offer a writing workshop entitled “Read like a Writer & Write for Your Reader” (optional).
Contact FIONA to explore options.

~ Morning workshops:  crafted exercises, stimulating reading /and or listening & intensive writing in an atmosphere that is convivial and supportive, yet  rigorous and productive;
~ Afternoon writing space available to participants
~ Productive, intense, fun and highly rewarding
~ Roisin’s nourishing soups, stews and salads, as well as homemade bread and cakes spur us on…
~ End of week readings, lively discussion and (optional!) celebration

Save the Date: October 29th to November 2nd!

Our July 6-Day workshop proved so satisfying and fruitful that we decided to schedule something similar for October/November. If you want to join us at the conducive and convivial Old Rectory Retreat from Monday morning (29/10) through Friday evening (2/11) get in touch.

Some responses to our workshops:

“The skills, extensive knowledge and enthusiasm of the facilitators creates a very safe writing space where work gets done.”
- Ruth (Crossmolina)

“An amazing weekend. There was a lovely chemistry and atmosphere there. I expected to feel out of place and overwhelmed…but I felt safe and supported as well as guided.  I thoroughly enjoyed it and it gave me hope that I might actually be able to do this and confidence that if I did someone might actually read it.”
- Mary (Belmullet)

When, What, Where: July 1-6, 2012: SixPens Writing Workshops at Old Rectory Retreat, Knappagh (near Westport), Mayo

Take some time to develop your story in a 6-Day Writing Retreat led by writers Fiona Keane and Fin Keegan of SixPens.com
By way of crafted prompts and choice materials, Fin and Fiona stimulate writers to produce satisfyingly intense and meaningful stories, short (flash fiction) to long (the novel). The environment is supportive and progress-orientated, with your efforts rewarded by home-cooked food and reviving refreshments from our host, Róisín. Whether you are a seasoned scribe or coming to the table for the first time, we look forward to welcoming you and your new work.
Afternoon slots are reserved for writers to work alone if desired.
Old Rectory Retreat is a creative venue and guesthouse. Róisín’s storied table has hosted some extraordinary characters, both real and imagined. Why not bring yourself and see if you can leave with more?

Take time out for your writing on May 26th and join us for a half-day Writing Workshop at Old Rectory Retreat. By lunchtime Saturday you will have pages of work you didn’t come in with – not bad for a morning. Add to that a delicious lunch and goodies from Róisín’s convivial kitchen and you can’t go wrong. So do something good for yourself and give us a call (087 763 4339).

Consider coming to our 6-day workshop , July 1-6. Intensive, productive and fun, it will be a fantastic week of writing, reading, listening to stories and lots of laughs. 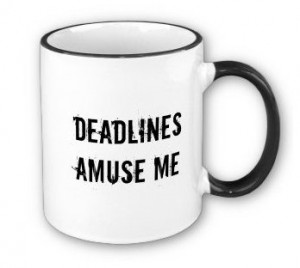 Deadlines can be very useful to get you focused on completing your work. If you don’t win, you can always add the text to your inventory and submit elsewhere. Here are a selection of upcoming dates for your calendar:

Fin and Fiona have short plays being put on by Current Theatrics as part of “The Green, The White and The Orange… 3 Tales from Imagined Irish History” at 3pm July 23 & 24, Abbey Hall Theatre, in Cleveland.

SECOND TREASURE-HUNTER (thinking aloud): What does an Irishman keep under his bed?

SECOND TREASURE-HUNTER takes the gun from the REBEL’s hands, inspects it closely.

Two characters jump out of their books in the library:

HISTORY WOMAN: The state always had its nose in the wrong business. It should stay out of the bedroom, unless it’s underage business, which they seem good at turning a blind eye to. Condoms or no, I still see a fair amount of unwanted babbies around today.

HISTORY MAN: Sure they’re all ‘wanted’ at some level. Haven’t you heard of the unconscious?

HISTORY WOMAN: Are they ‘wanted’ just by the mammies or are they ‘wanted’ by those fellas in the hedges whispering sweet coochie coo’s as they’re pulling leaves out of their arses?

- Thanks to all above too and to Leah Cassella for directing.

A part of Westport Arts Festival 2010, we invite you to an event called Six Words and Say “Cheese!” Please.

Photographer Angela Campbell will be there to assist and print the photographs on the spot and Fiona Keane will offer you a pencil sharpener. Your self-portrait and 6-word story will hang as an artwork in Blousers Pub for the duration of the Arts Festival.

Who is welcome? Everyone, young and old.

If you can’t make it? Submit your 6-word story and/or photo via our Contact Page or email hq@sixpens.com and we will put them up on your behalf. There is no entry fee and the winner will receive a E100 book token.

The most famous six-word story was written by Ernest Hemingway:

Writer Sarah Durkee came up with a tongue-in-cheek response:

The form has been gaining popularity in recent years, particularly through the efforts of SMITH Magazine who have pioneered a memoir version. They have many excellent examples online.

Six-Word Selfie is back at this year’s Westival!

Where: This Must Be The Place (remember the Talking Heads song?)
When: Sat. Oct 27th 2-5pm
What: A pop-up exhibition of stories and images created in situ by you (using our camera and materials). Originated by Fiona Keane of SixPens Writing + Angela Campbell of The Kodak  Shop, Castlebar.
Cost: €3.00

In our last incarnation we exhibited all six-word stories at a community installation in Walsh’s Pub (Blousers) during the Westport Arts Festival, held in 2010 from October 1st to 10th. The most famous six-word story was written by Ernest Hemingway:

The form reached (near) peak popularity in recent years, particularly through the efforts of SMITH Magazine who have pioneered a memoir version. They have many excellent examples online.

Keep an eye on the programme for the 2018 Westival (formerly Westport Arts Festival).